Over 3,000 gift-boxes were donated to the Galway Homeless Christmas Appeal. The main beneficiaries of the appeal were Galway Simon Community and COPE Galway who both received around 1,000 gift-boxes each for their clients. Both charities work with people facing homelessness and combined, work with over 400 people. The gift-boxes will be distributed to clients of both charities over the Christmas period.

The Galway Homeless Christmas Appeal was set up by Geraldine Monaghan in October of this year. “I chose these two charities because I could see over the last year that the homeless crisis really has got out of control”, says Geraldine, “I had the idea, so I put it up on my Facebook page and from thereon in it just began to grow and grow until the demand was so big, I knew I needed help from others. I then put together a team of volunteers who could help me throughout the campaign”. 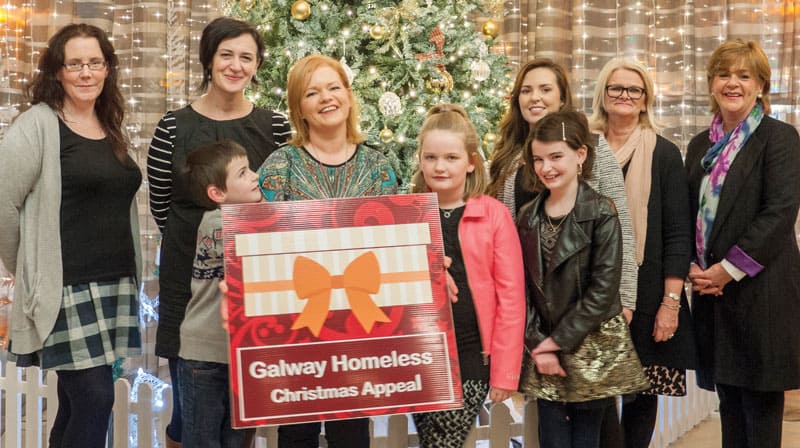 Through contacts, the team of 12 volunteers was able to secure a storage unit in Westside Enterprise Centre where they kept all of the donations to be sorted through and distributed to the charities. Local business Corrib Foods also got involved with the distribution of the gift-boxes as well as providing the equipment behind the scenes.

Donations were made over a two week period and came from all over County Galway and beyond. “Once the donations started coming in, we realised that there was a lot more than we had expected, actually nearly three times what we had expected”, says Geraldine, “the support from everyone in Galway and beyond was just absolutely amazing. So many got involved including schools, businesses and local groups”.

The campaign was so successful that it’s organiser plans to turn it into an annual event “in the end we actually had so many gift-boxes that we decided to donate to other organisations, including SVP Galway, local parishes and Dublin’s ‘Inner City Helping Homeless’”, she explains, “I think people really wanted to donate because they knew the gift-boxes were going to benefit the homeless people in their local area.”.